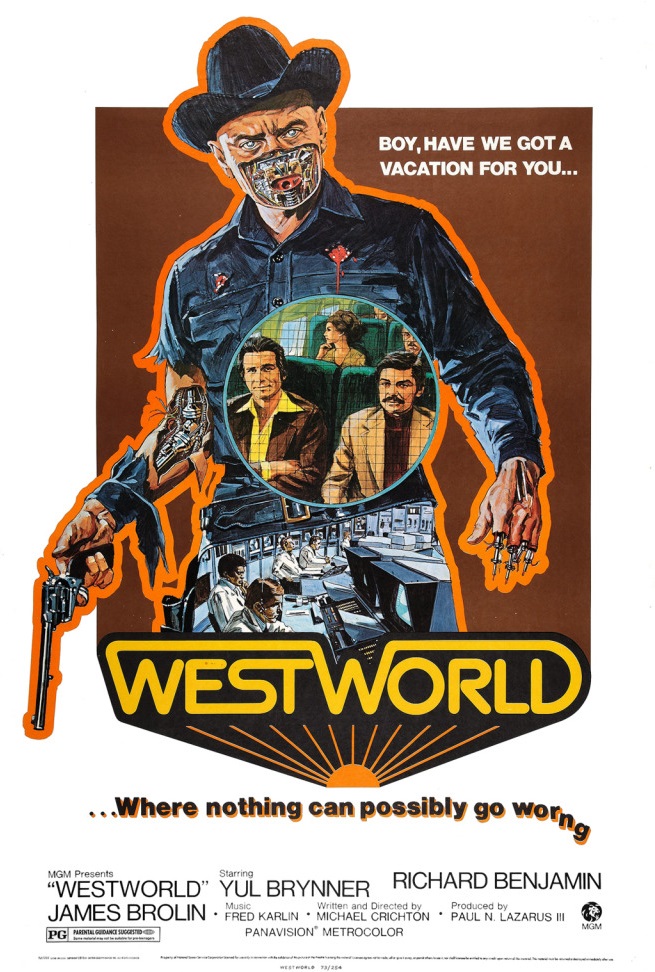 Jeff says:
A low budget early 70’s film written and directed by the author of Jurassic Park, The Andromeda Strain, Rising Sun, etc. It shows. The story is interested, but the mystery is not solved. The “70’s future” aesthetic is in full force when it’s not trying to show off “history recreated”. As medieval re-creationist, I can say that was NOT 1300’s Europe in Medievalworld. The movie moves at quite a slow pace but packs a lot in. Cliched filming styles are used to great effect in set pieces that were meant to be clichés. Worth watching. 7/10.