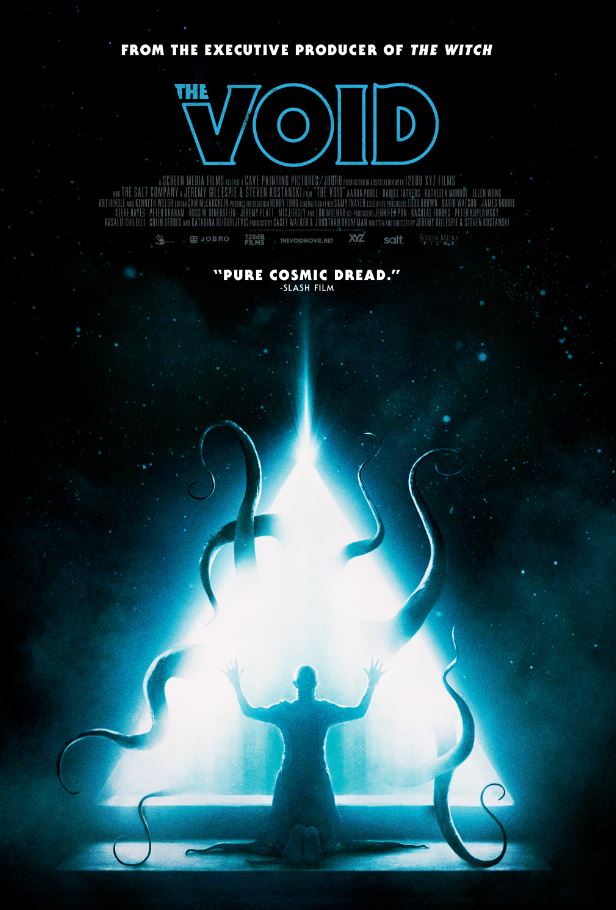 Emmy says:
The emptiness left behind after losing someone is raw and messy, exactly what is shown with this film. The script comes across a touch messy, but the repetition of phrases is something we all do when we think we haven’t been heard, or when we try to convince ourselves of something. Talking over the top of one another when there is a group of people who have no clear idea on what is actually going on is reminiscent of real life. The monster that is loss is wonderfully presented in all its bloody glory. A true work of love. 7/10.

Jeff says:
I heard about this from Good Bad Flicks in his Top 10 Best and Worst Films of 2017 video (ranked #7 on the Best list). Described as a Lovecraftian horror genre film, I was eager to see it. The film turns out to be a low budget independent film, and it shows, but the effects looked much better than the budget would have suggested. The story has that realism factor that I look for – no ‘people being stupid’ for story purposes. Some of the twists and turns are either well signposted or abrupt changes that give you whiplash. This gives the movie an uneven tone, but that’s strangely appropriate for the location and situation of the people involved. Sound design was mostly excellent (some of now cliched loud thrumming noise I could have done without). Acting was realistic and believable, so were the effects. Well worth watching.  6/10.

A fascinating behind-the-scenes documentary is available here. You’ll be amazed how much of this was practical on-set effects.