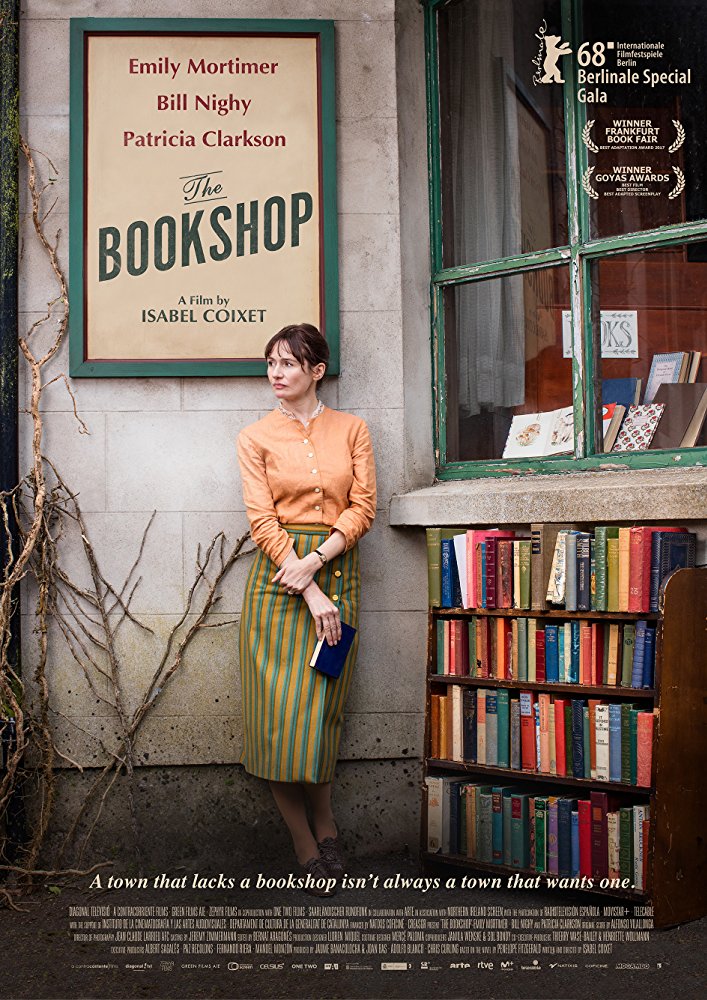 Emmy says:
I love that cardigan. And that jumper. That cape! I can’t stop staring at the metallic branches on the fabric, the gold outlined in brown on a taupe background … just stunning. The sounds of the water and the birds are so soothing. It’s like a holiday. Oh there’s a plot here too, one that doesn’t ruin itself by becoming a love story. The awkwardness of an introvert with determination is marvellously done. The halting conversation over a ineptly organised tea was perfect. The eyes not meeting the person being talked to. Did I mention that cape? I think I may have found a movie I will love watching over and over. If only the ending didn’t feel so abrupt compared to the rural life of the story beforehand. 9/10.

Jeff says:
A gorgeously shot film with excellent performances from all involved. Emily Mortimer carries the film well, with a quiet and understated performance of a woman who doesn’t quite understand why the rest of the world is being so rubbish. Bill Nighy is his usual self, but turned up to 11, in a perfect portrayal of a man who would rather not have to talk to people in person. The rest of the cast is just as good. The problem I had with the film was that it seems to stop so abruptly – and at the end of the second act. I feel like there’s a finale missing – but perhaps that was the source material, and ‘real life’ isn’t like that. Things do just ‘stop’. Still, it soured the film a little for me. 6/10.