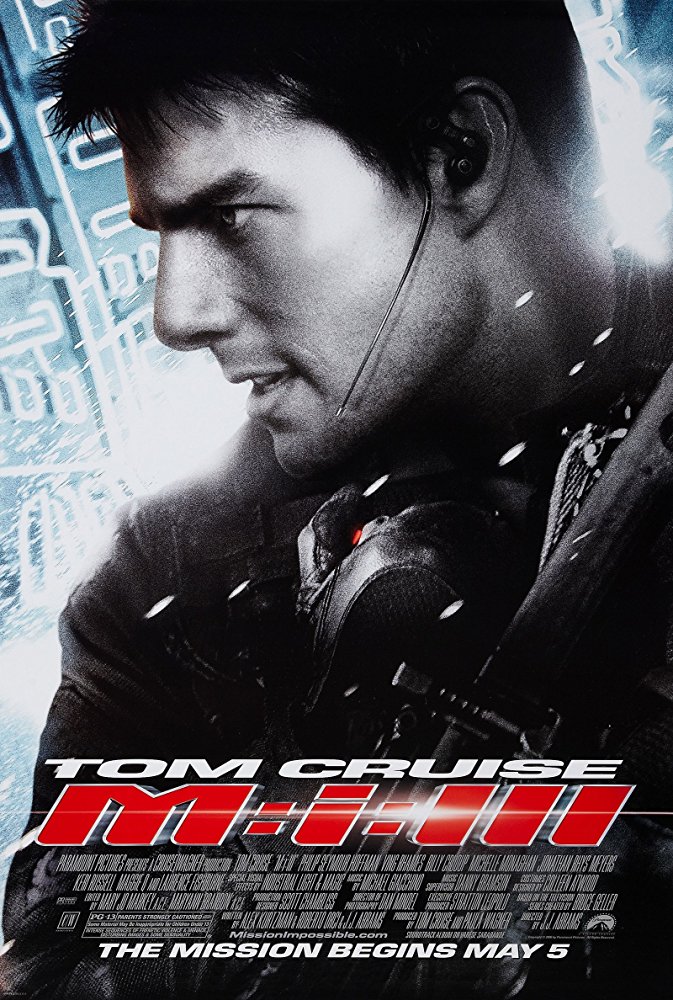 Emmy says:
The dialogue in this film has been stepped up a notch and its witty banter is amusing and engaging. Much more vehicle carnage than the first two, lagging slightly behind in entertainment value. 7/10.

Jeff says:
MI-2 was responsible for Hugh Jackman becoming Wolverine (by taking Dougray Scott out of the running). This movie started J. J. Abrams’ directing career. This series has a lot to answer for (good and bad)! A shoe-horned wife-who-doesn’t-know-is-in-danger plot mechanic, although effective, was contrived – and long after True Lies already did it. It was nice to see a team acting as a team all working together (rather than just being Ethan’s support crew) but that was forgotten in the second half. Abrams’ fondness for lens flares and fancy cars was apparent even this early. Still, good enough. 7/10.