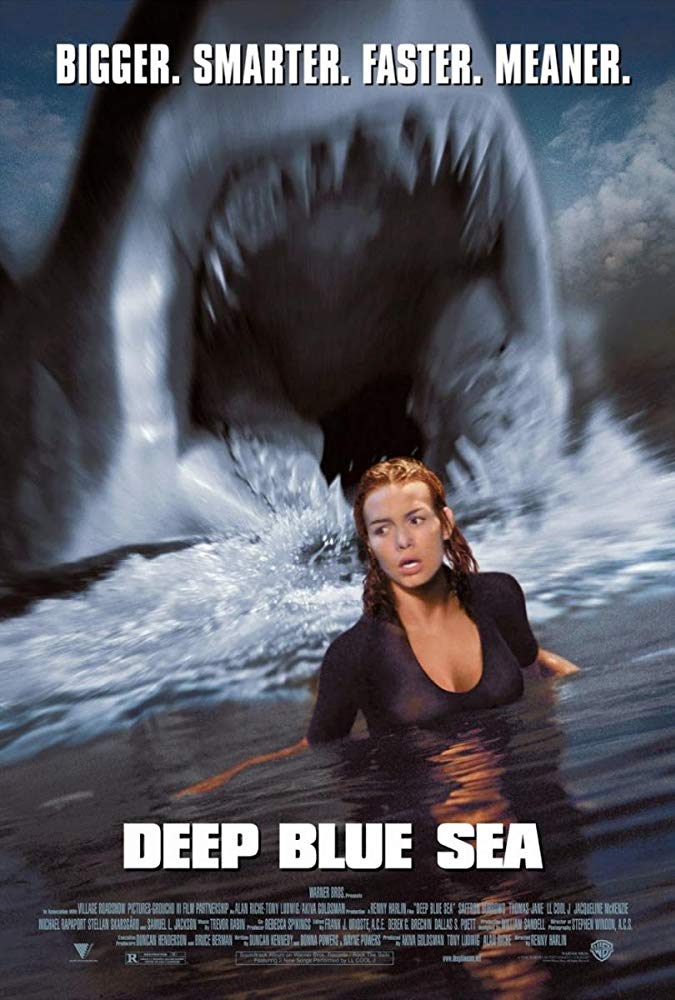 Emmy says:
The special effects are fake enough to take you out of the story. The characters are one-note except for LL Cool J’s, and he has the most memorable scene. Entertaining enough, but nothing special. 6/10.

Jeff says:
I loved this movie when it came out, but watching it now I’m wondering why. It’s not just that the ‘scares’ were known in advance … it’s just that they weren’t scary. What was novel in 1999 is predicable here. To be fair, this might have been where the tropes developed from. The special effects have definitely not aged well, and the iconic scene (for me) looks worse on screen than my mind remembers it. Still, the characters were acting intelligently instead of taking stupid risks (once the action started) and that should be commended. 7/10.