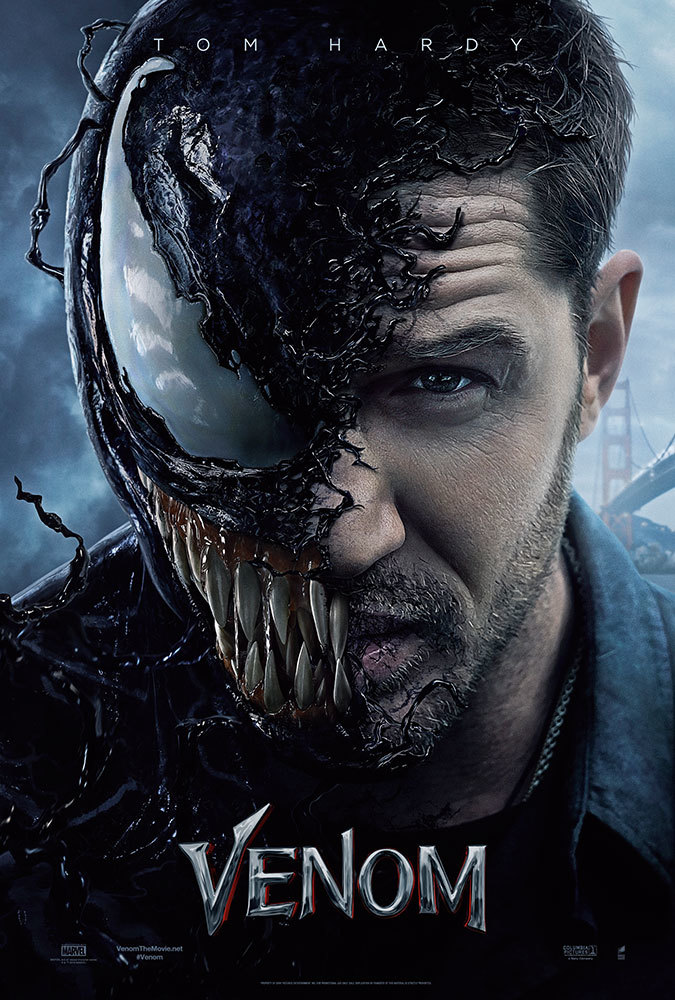 Emmy says:
This film took a bit to get off the ground, but once airborne the ride was fun. Great visuals with host and symbiote conversation. Keen for more story now that Venom is established. 8/10.

Jeff says:
Going into this, I was expecting to end up comparing it to Upgrade. While one of the set pieces had some similarities, it wasn’t enough to be disruptive. There were other action sequences that felt like other properties – right up to (and including) the final fight scene that felt like I was watching squishy Transformers (and not in a good way). The development of characters was done fairly well, although trying to make a compelling bad (human) guy was not as successful as they might have hoped. It’s a testament to the writing that there was actually chemistry between an actor and a voice. Enjoyable, and I would be happy with a sequel, but next time I hope they dial down the CG (or the quick cuts) in the final set piece – it doesn’t work for Transformers either. 8/10.