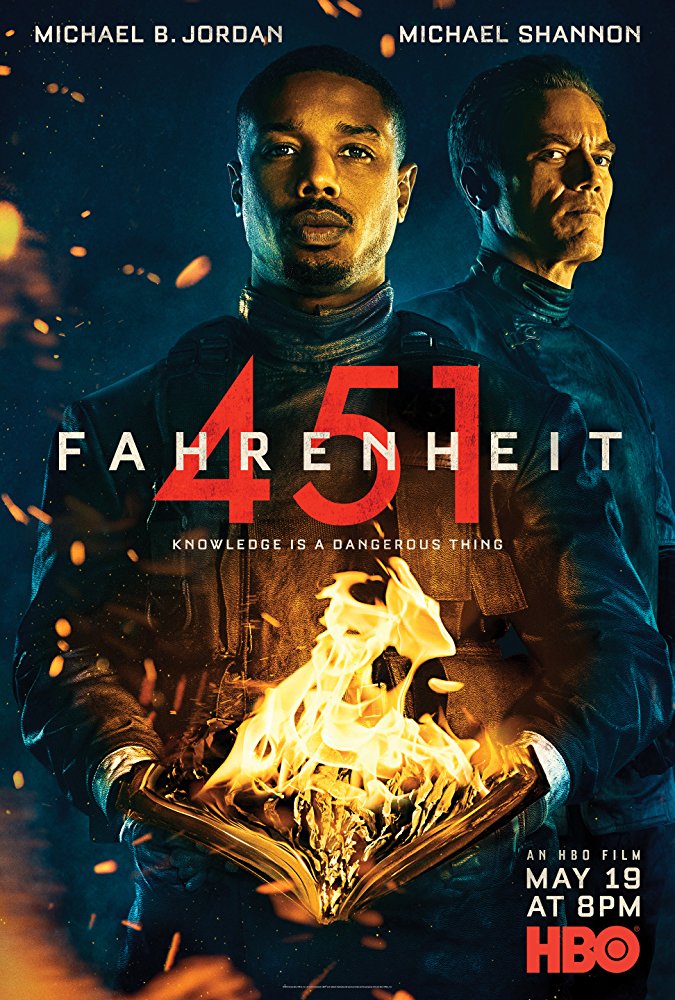 Emmy says:
Interesting use of media and the visual displays were great. Character motivations were indistinct and emotional connection non existent. 6/10.

Jeff says:
I remember reading the novel, and finding the characters hard to engage with. It was a very ‘detached’ story (from the perspective of my teenage mind). This was present in this version … but there was only a small handful of things from the book in this film. I get the social media angle given the current day, but there were aspects of the novel that could have been retained since they’re still relevant today. I also felt let down by the end. For a moment, I thought they were going to go with a more book-faithful ending (where the knowledge was kept) but instead the technological MacGuffin was used and I was disappointed. Oddly enough, this movie does to the book what gets done to books in this movie (the ones that are ‘kept’ anyway). 5/10.