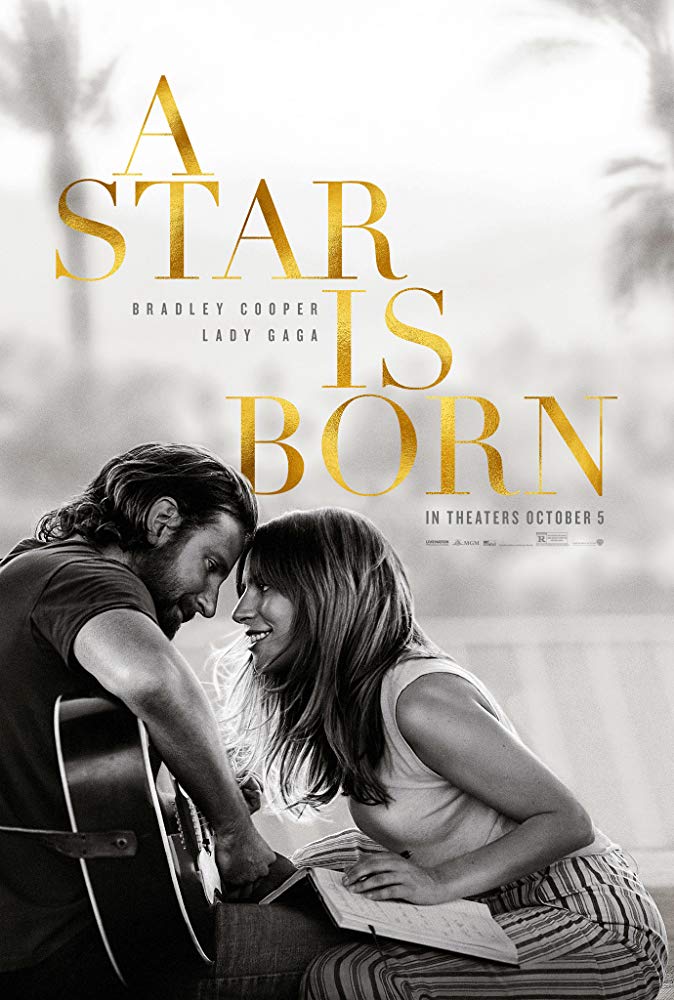 Emmy says:
Lady Gaga gave a stellar performance with both the acting and singing. Bradley Cooper did some great music performances, but I felt the acting was lagging. Maybe co-writing the screenplay, some of the songs, singing acting and directing was Cooper biting off more than he can chew. I certainly felt like that was a very long 2 hours. With that said, very strong ending. 7/10.

Jeff says:
Well, apart from telling us things we already know (Lady Gaga is one hell of a singer AND she can act), this movie also tells us something else: Bradley Cooper can act, he can write songs and sing, and he might even be able to direct … but he can’t do all of that at the same time. This movie flags when Cooper is the central point of the scene … and that happened a lot. It’s a pity, because the music was amazing. 7/10.