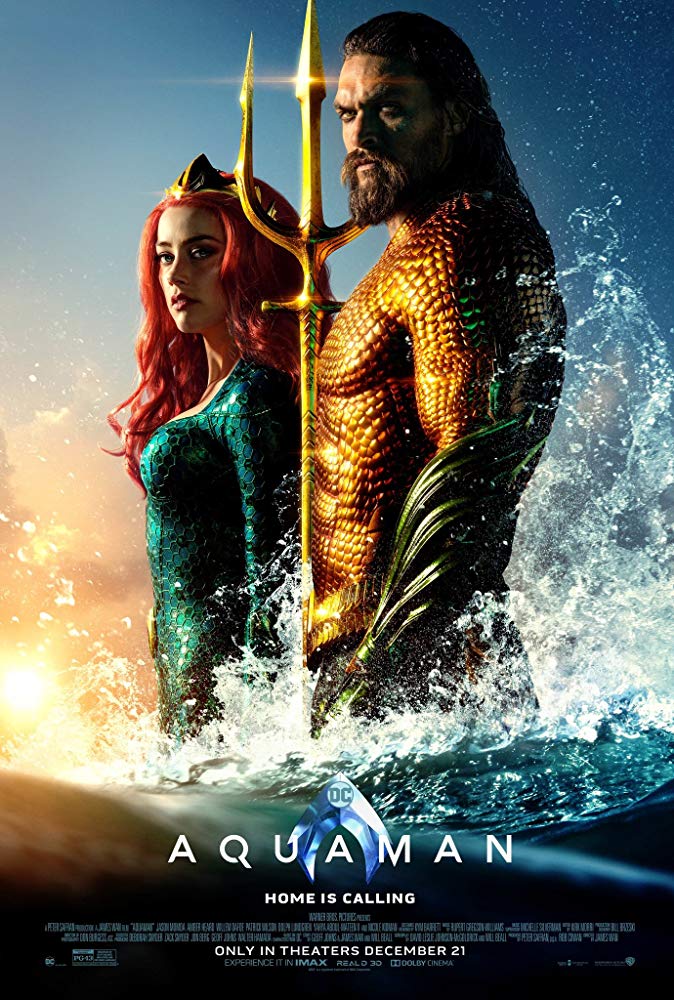 Emmy says:
A fantastic visual display. Gorgeous settings and detailed costumes and creatures. I don’t feel I was given enough information about the kingdoms and would be happy to see a follow up that expands on this lore. 7/10.

Jeff says:
This is possibly the best DCEU film after Wonder Woman. While that’s a low bar, it’s actually high praise. This was a fun movie that didn’t take itself too seriously (thanks to James Wan’s direction, no doubt). The lead cast were fine, but not exceptional; the dialogue was fine, with some witty banter that wasn’t too forced. The special effects were top-rate (with WETA involved, what do you expect?) and more coherent that often happens with this sort of film. While the essentially invincible people from Justice League were still happening, it actually looked like real people fighting this time. Worth the time to watch it – still not at Marvel’s level, but a fun ride. 9/10.