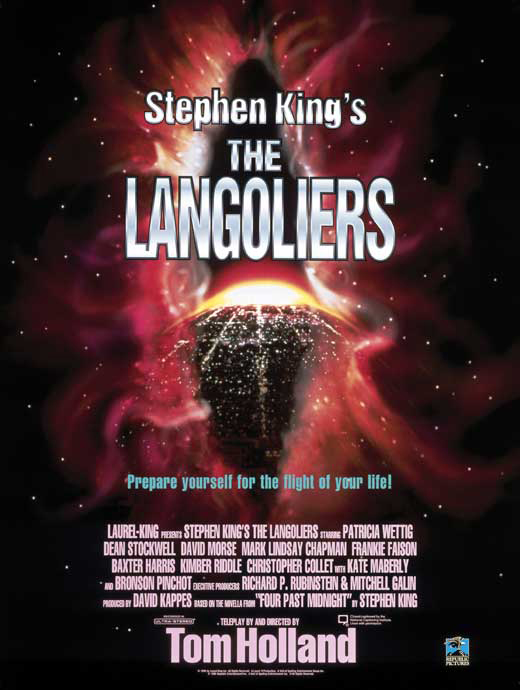 Emmy says:
Loved the actors portrayal of these characters. Very good translation from page to screen. The CGI is really dated. 7/10.

Jeff says:
I remember watching this movie/mini-series back when it came out. Even then the CG was dodgy. Apart from that, though, the story was compelling and the characters were faithful to the written story. I remembered (and loved) Bronson Pinochet from ‘Perfect Strangers’ and so his casting as Toomey was at the same time weird, brilliant, and on point. I still find the pallid fever-sweat look off-putting, but it works so well. Stephen King’s own cameo is somewhat amusing. The dialogue is a bit stilted in places, and some of the detail could have been excised to make a standard film, but I still enjoy this one. 7/10.