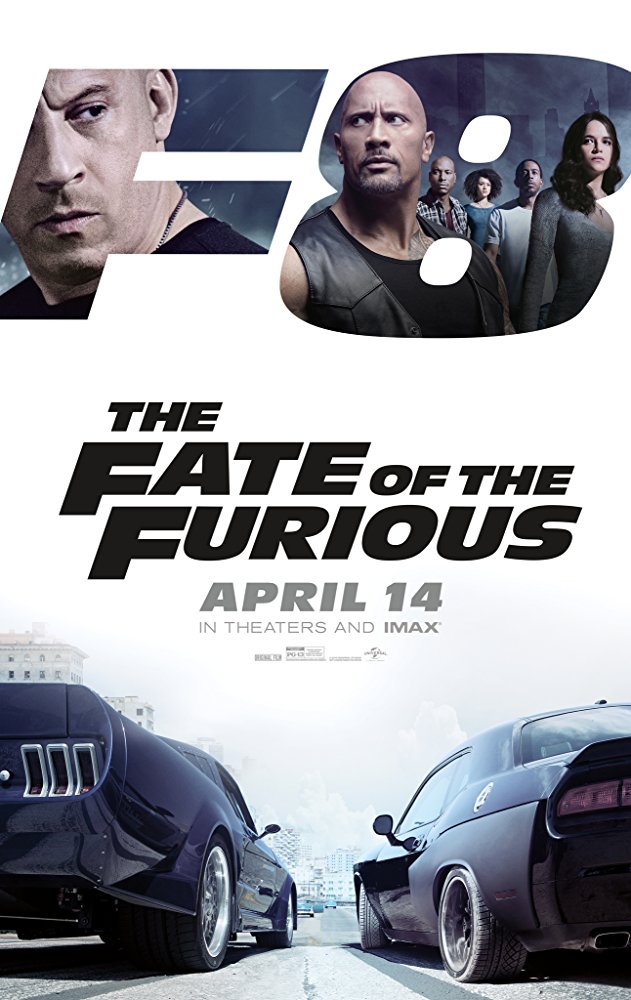 Emmy says:
This went right to the ridiculous. Turning rogue really doesn’t work with Toretto and keeping the reason from the audience makes it worse. Dodging around God’s Eye becomes interesting, but how was that meeting ever set up? Too much tech and hacking. Cool cars are a huge casualty and become a one-liner. I’m not even going to mention that sub. 5/10.

Jeff says:
Over the top, bad physics, high-tech hand-waving away plot contrivances … this had it all (and not in a good way). I understand having to raise the stakes, but at this point the only thing left is racing in low earth orbit. Please tell me that’s not coming next. A let-down for the series, story-wise, but still entertaining despite the problems. Baby Toretto is a star though. 7/10.