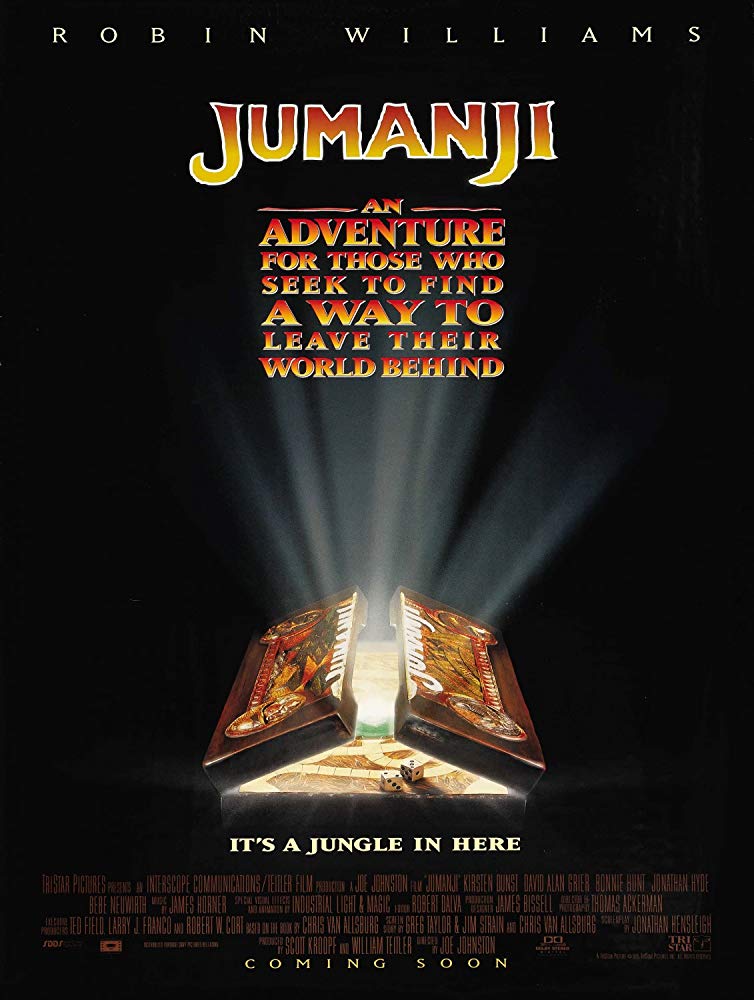 Emmy says:
Although the CG has dated the story holds strong. A wonderful disaster of a game with spectacular consequences. Very enjoyable 7/10.

Jeff says:
Sometimes a movie calls for a remake – not because it was bad, but because it deserved better. This movie deserved better than the CGI used to create the animals. Even for the mid-90s the effects were bad. Sadly, any remake would mean losing Robin Williams, and that isn’t worth it. There’s a reason why this movie took so long to get a sequel … and was considered such a risk when it did, this movie is a gem. 9/10.