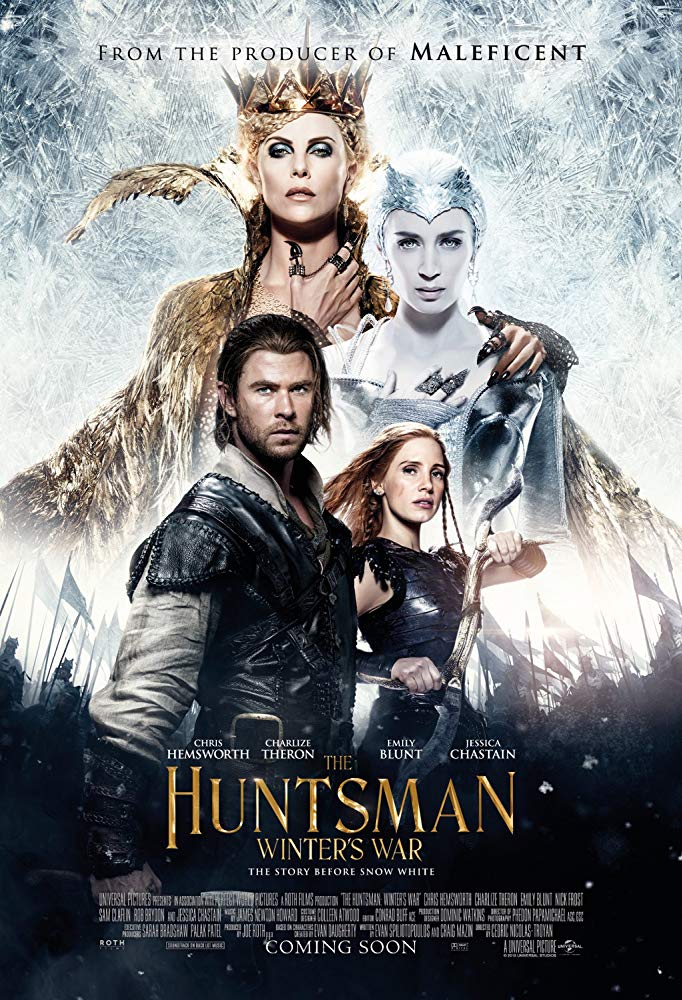 Jeff says:
Snow White and the Huntsman was part of a Hollywood fever dream in the early 2010’s that involved remaking classic fairy tales into something else (a couple of years later Maleficent would do a much better job of it). Somehow, a sequel – that became a spin-off that wrapped around the first movie – got made. It went through various creative types and took a while to make up its mind what it was. I’m not sure it ever really sorted itself out. This was a by-the-numbers, wholly predictable, uninspired spin-off to a movie that wasn’t that spectacular to begin with. 4/10.